Climate change isn’t a debate. Renewable energy isn’t a fantasy. The climate crisis is already underway. But we know you know this.

You may not know just how long the climate change conversation has been going on. It started back in the 1820s when French mathematician Joseph Fourier did the calculations and discovered the earth’s increasing temperature couldn’t be produced from solar radiation alone. Scientists have continued to warn us about the dangers of fossil fuels since then. Only for Australia’s now-Prime Minister to say renewable energy targets are “nuts” in 2017. Cue the exploitation of the planet’s limited resources for greed and the wealth of only a few.

To stop the continued use and investment into fossil fuels, we need to know how to have constructive conversations with people who aren’t yet ‘sold’ on the switch to renewable energy.

So, here are a few common ‘concerns’ and how to answer them:

Hopefully it’s just your distant uncle you only see at family gatherings once a year that continues to deny what is an undoubtable fact. It can be incredibly draining to start a discussion on climate change with a denier. However, if you are feeling up to it, The Climate Reality Project has some helpful pointers, which include starting the conversation casually and being prepared with evidence. This one’s key! The Intergovernmental Panel on Climate Change (IPCC) has loads of great resources to get you started – including their report on the impacts of global warming of 1.5 °C above pre-industrial levels, and a special report on climate change on land. While being informed is the best way to respond to climate deniers, don’t be disheartened if you can’t change Uncle Larry’s mind. Just because he doesn’t believe, doesn’t mean he is immune to rising temperatures or natural disasters. Ultimately, the planet will have the last say.

2. ‘The economy can’t cope with a transition to renewables‘

Stay it louder for the people in the back: renewable energy is rife with economic opportunity. The idea that the Australian economy only thrives because of coal is a total fallacy. In reality, coal only accounts for 3.5% of GDP. That amount is almost tripled by construction, which contributes 9% to GDP annually. What coal-sympathisers also don’t tell you is that most of the profits from the coal industry don’t benefit the Australian economy. For example, in New South Wales alone, 90% of the profits from coal are pocketed by overseas owners.

While we’re looking overseas, Europe is showing the world how to flourish with renewables. New data named Norway as a world leader in renewable energy, with 45% of the country’s energy supply produced by hydropower. Brazil was also shown to have the biggest share of biofuels and waste energy, with 32.1% (just 0.1% more than Finland). While wind and solar now make up a quarter of the energy supply in New Zealand. So if Australia’s neighbours are getting it so right, how can we be going so wrong? The same report exposed Australia as still producing 93% of its energy through fossil fuels.

Federal policy has played a major role in other countries’ successful pivot to renewables. For example, in Germany, around 370,000 new jobs were created in the renewable energy sector in 2010. Germany’s use of renewable energy rosee from 3.4% in 1990, to 42.1% in 2019.

3. ‘It will mean mass job losses for Aussies‘

While there will be losses amongst that group of 0.3%, there’s reason to be optimistic . Research by UTS found that the renewable energy industry could result in 20,000 new Australian jobs in the next five years. That’s only the beginning of the journey to renewables. It also found that the skills required for many of today’s mining jobs directly correlate to the skills needed in the new green energy industry.

4. ‘Aussies love coal, it’s just the Greenies who think we need to do something about climate change‘

Earlier this year, when YouGov surveyed 15,000 Australians on behalf of the Australian Conservation Foundation, it found that 67% of folks believe the government should be doing more to address the climate crisis.⁠⁠ This concern about climate change will continue to translate into behavioural changes by consumers. As people increase their own eco-habits, the demand for ethical options increases with it – from banking and superannuation, to where they shop and what they eat. How many people are now vegan? Expected ⅕ people will be vegan by 2030 for climate reasons?

5. ‘Climate change is a future problem‘

Sure, there might be plans to genetically modify trees and grow seaweed forests capable of sequestering carbon at accelerated rates. These don’t outweigh the fact that climate change is a problem unlike any faced by Silicon Valley before. While it’s hopeful we can innovate our way out of this mess, there is no guarantee.

Crucially, we can’t let the talk of 2030 and 2050 targets confuse things. The next 30 years of global warming is happening whether we like it or not. Thanks to the inaction of leaders, improved air quality will still take 30 years to stabilise. The real focus is on preventing the planet’s temperature from rising above a permanently irreversible 1.5 degrees. While the planet will recover, humans won’t be able to survive at that temperature. If the current rate of global warming continues, our climate will reach between 2.1 and 3.9 degrees warmer by 2100.

Oh, and by the way: coal doesn’t even pay the same tax as you do. Tax on the coal industry is just 12%. Whereas, the minimum income tax rate in Australia is 19% (if you earn over $18,201 annually). It’s just the worst on every level.

For more useful ways to talk about climate change, you can:

A friendly reminder that all the financial information contained in this blog is general and doesn’t take into account your personal financial objectives, situation, or needs. It’s important to do your own research and consider getting in touch with a professional adviser to access specific advice tailored to your unique situation. When considering if Verve Super is appropriate for you, please read the PDS and TMD available on our website. 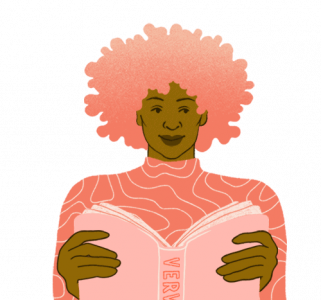 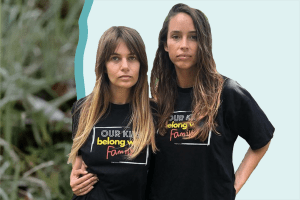 How we heal together – an interview with our RAP consultants, Ella Noah Bancroft and Kirilly Dawn

Four ways to be a financial feminist in 2021: understanding financial equality 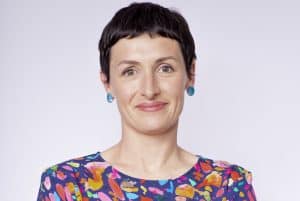