The hidden bias in advocating for women’s equality

As we arrive at International Women’s Day (8 March 2022), we’re reminded that, while extremely significant, it’s a day we’d rather didn’t exist. Not for its lack of importance, but rather the frustrating need to campaign for women’s equality in 2022. But don’t be mistaken: as long as the need to campaign for gender equality exists, our collective power is vital in the fight for meaningful change. This year, International Women’s Day calls for a celebration of women’s achievements and crucially, to call out bias. The sort of gender bias that exists within the workplace, at home, and within society at large.

International Women’s Day is renowned for its globally appealing themes which tend to be as palatable for corporate breakfasts, as they are for celebrity endorsements and UN speeches. This year’s theme of: #BreakTheBias, is no exception.

Sufficiently vague not to offend anyone, we’re sure to hear a lot of broad commentary on gender biases over the coming days: statistics like, how women are 24% less likely to be selected for senior leadership positions; how women are less likely to be believed by their doctors when they speak about pain, and even how jobs like clearing snow in Norway pay women less than men, among standard commentary this year.

Advocating for gender equality and equity is important work. You know this. You’ll also have seen the reports that distinguish how gender inequality plays out in society – be it through wages, career opportunities, unpaid carer roles, or superannuation. If not, we’ve included some at the bottom of this article, as it’s kind of a big deal. But did you also know that there’s a bias even in the way we collect and examine this kind of data? Without addressing these hidden biases, achieving true equality for all women and non-binary folk isn’t possible.

There’s a saying that if you highlight a problem, you actually have to do something about it. Which could go some way to explaining why diverse data isn’t already being collected by governing bodies. If the sheer magnitude of how gender inequality impacts the lives of women from marginalised backgrounds was shown, waaaaay more work would need to be done by decision-makers at the top.

If we had that kind of data, rest assured we’d be including it here in bolded headline font. But the problem is, we don’t and it isn’t even being collected. So how can change happen if the change needed isn’t being accurately reported?

Currently, when governing bodies examine things like the gender pay gap, they use a wide pool of data. And while the findings from those kinds of reports are significant – like the fact Australian women, on average, retire with 35% less super than men* – they aren’t representative of all marginalised groups. In order to effectively close the gender and super pay gaps, the research needs to shift to represent the true intersections of society.

Here’s an example: Last September, the Workplace Gender Equality Agency (WGEA) used data collected by the Australian Bureau of Statistics (ABS) to calculate the gender pay gap in Australia. Helpful information, right? It revealed that women across Australia, on average, would have to work two months more to earn the same as men. But the WGEA noted the bias within their own report, due to the lack of available data. They were unable to indicate the true gender pay gap because the data didn’t equally represent the lives and earnings of women from different ethnic backgrounds, cultural backgrounds, disabilities, or sexualities – just some of the marginalised groups who experience compounding inequalities and biases.

If you’re thinking, ‘well, it’s better to have skewed data than no data at all’, a report published by Engineering for Change has a counterpoint for you: “The result of gender bias in data are solutions or evidence that are either missing the entire picture with small scale impact, at best, or globally reinforcing gender stereotypes for generations, at worst.”

So biased data not only misrepresents the real issues for women and non-binary folks, it limits the resulting actions and has the potential to do more harm than good in terms of how society stereotypes the issues.

We know there’s no use sitting around and being annoyed about data. So we spoke to one of Australia’s thought leaders about how to begin breaking down the hidden biases.

Winitha Bonney OAM is one of Australia’s most inspiring advocates in the advancement of women and people of colour into leadership and entrepreneurship. She works to break down biases in the workplace by advising large organisations (including government bodies) on how to shape and improve their inclusion goals.

Speaking to Verve, Winitha said, “The vast majority of women of colour [in Australia] are migrants, immigrants, refugees, and asylum seekers. They are coming to Australia later in life. They’re coming here to study or to set up a new life. And so [they] need to be relatively better off in life. The probability of that happening for women of colour, in general, is smaller. [But] we don’t have stats to back up the information on things like that – I think that’s where the work needs to go.”

Winitha also uses America as an example of what happens when the data is more representative: “In America, we’ve seen data be a lot more intersectional and now not just looking at women of colour broadly, but looking specifically at black women, Asian women, Latino women. Because that tends to happen, policies and issues get set for them. We need to have the same approach in Australia.

“I think just from a feminist perspective, [not] even from the corporation level, [but] from my own lived experience being in female-oriented spaces: there needs to be more support provided to women of color.”

While Winitha is an example of an incredible change-maker, we know the work needs to start with governing bodies.

It’s important that change starts with top lawmakers and government leaders. Though we wouldn’t recommend just waiting for change to happen. As Winitha explains, there are ways businesses can begin breaking down biases from inside their organisations. Essentially, it relies on making space for diversity at the top of the hierarchy – ending the era of having the same executives sitting on boards for 30+ years.

“There are only so many seats, “ Winitha says. “We can run all the diversity sessions we can [but] those individuals aren’t moving on and creating space.”

How gender bias impacts society, education, and politics according to existing research (albeit, still biased)

According to research by the UN, 90% of men and women hold some form of bias against women. The 2020 study found that there wasn’t a single country where gender equality actually existed and that the biases women experience exist largely in areas like politics and education. It wasn’t only men who were found to be biased against women, either. As many as 91% of men and 86% of women showed at least one clear bias against women, based on seven key metrics.

Another report, undertaken by scientists at New York University, the University of Denver, and Harvard University, looked at how gender stereotypes play out in society. It found an overwhelming bias against women, with men more likely than women to be seen as ‘brilliant’. This skewed sense of ‘gender brilliance’ is said to impact future career outcomes.

We already know how this can play out, and negatively impact women’s ability to achieve equality. Whether it’s that Australian women spend almost twice as many hours each day performing unpaid care work compared to men, or that Australian men are twice as likely to be highly paid (earning a salary above $120,000) when compared to women.

For us here at Verve, we’re committed to working closely with our members to invest in businesses that are bettering the lives of women, be they women of colour, queer women, women with disabilities and chronic illness, working-class women, as well as non-binary and gender non-conforming folks.

And while we shouldn’t be under the illusion that there are any quick fixes, there is hope. Verve Super members, for example, have already shifted $180 million away from destructive industries and towards those who are helping to build a better future for women.

So, just when you think you’re taking a small action, remember that each of our small actions is what makes us collectively powerful.

You should also read the Product Disclosure Statement, Additional Information Booklet, Insurance Guide, Target Market Determination and Financial Services Guide before making a decision to acquire, hold or continue to hold an interest in Verve Super. When considering financial returns, past performance is not indicative of future performance. 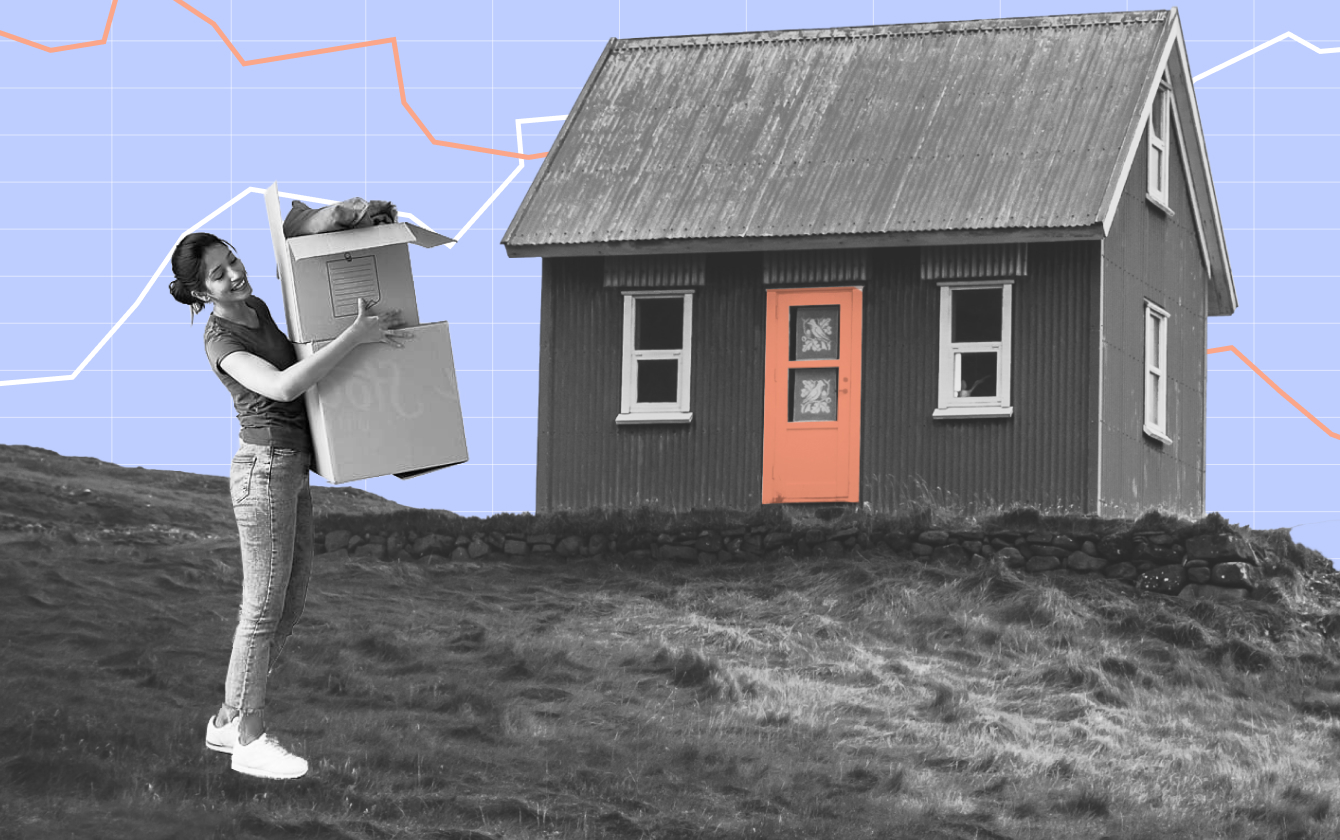 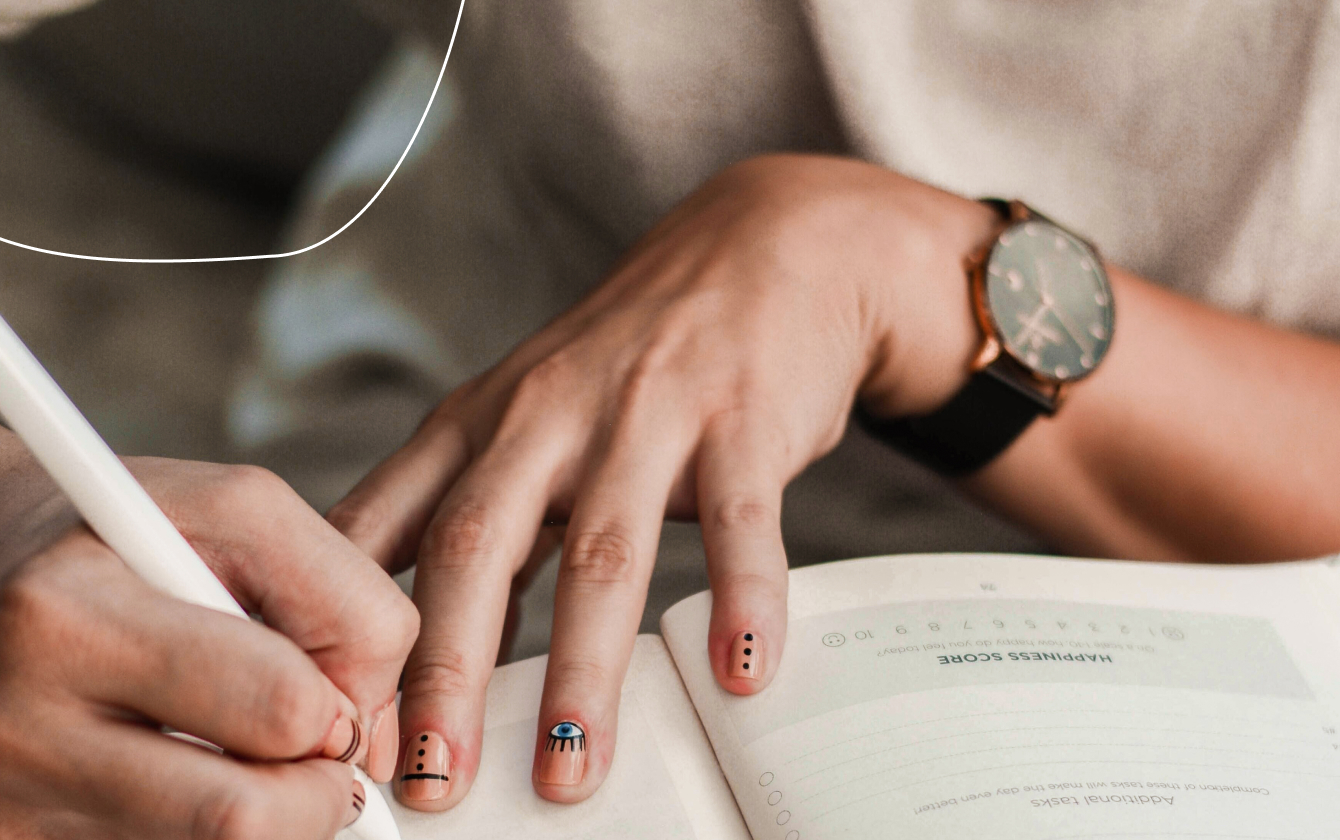 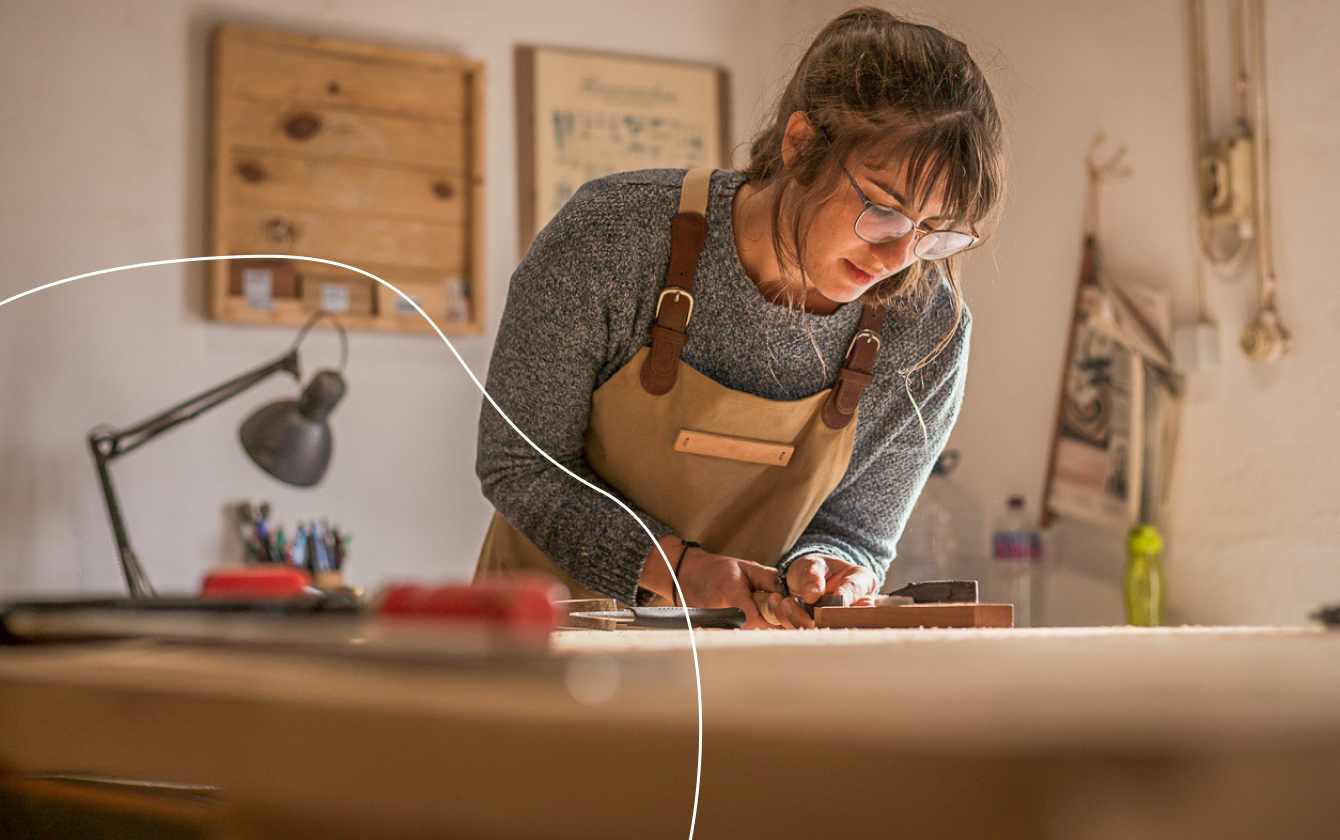 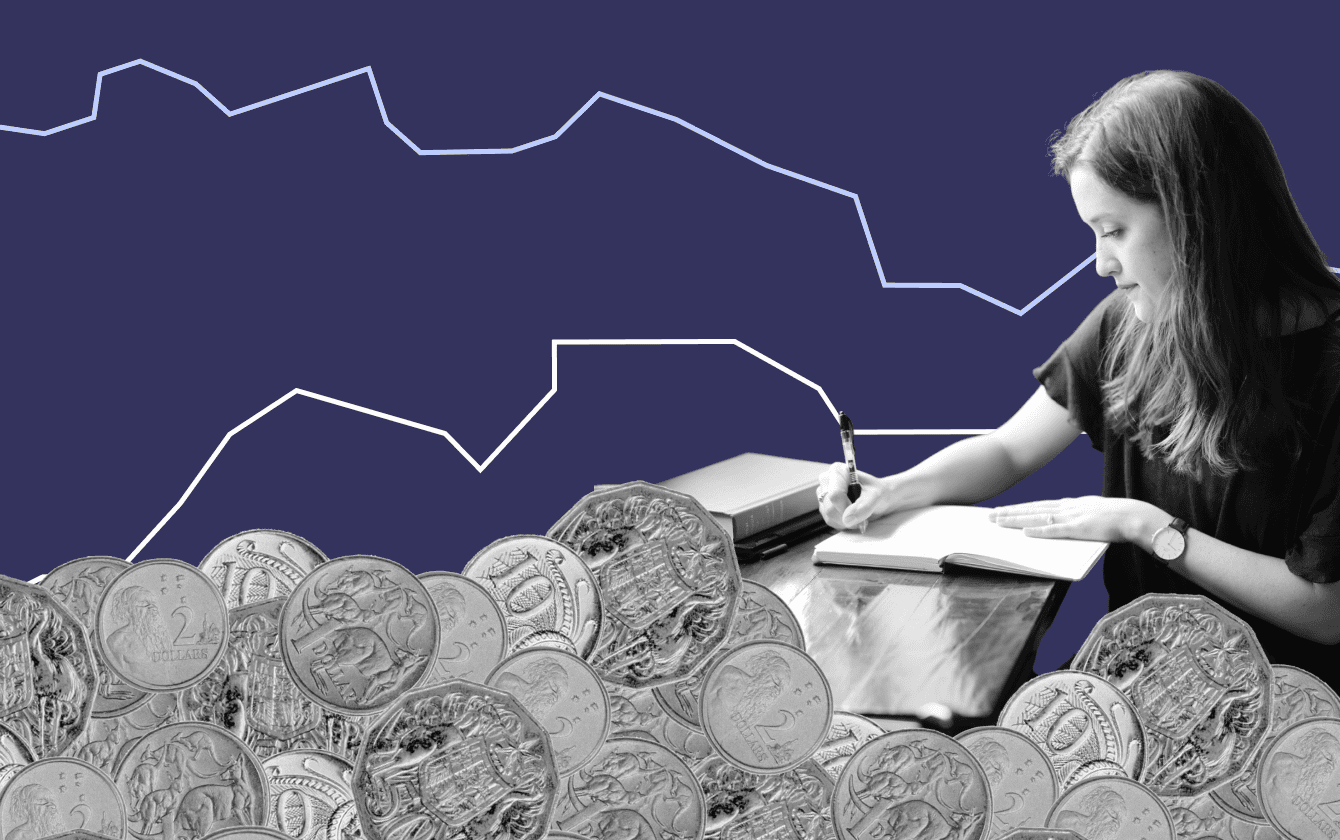 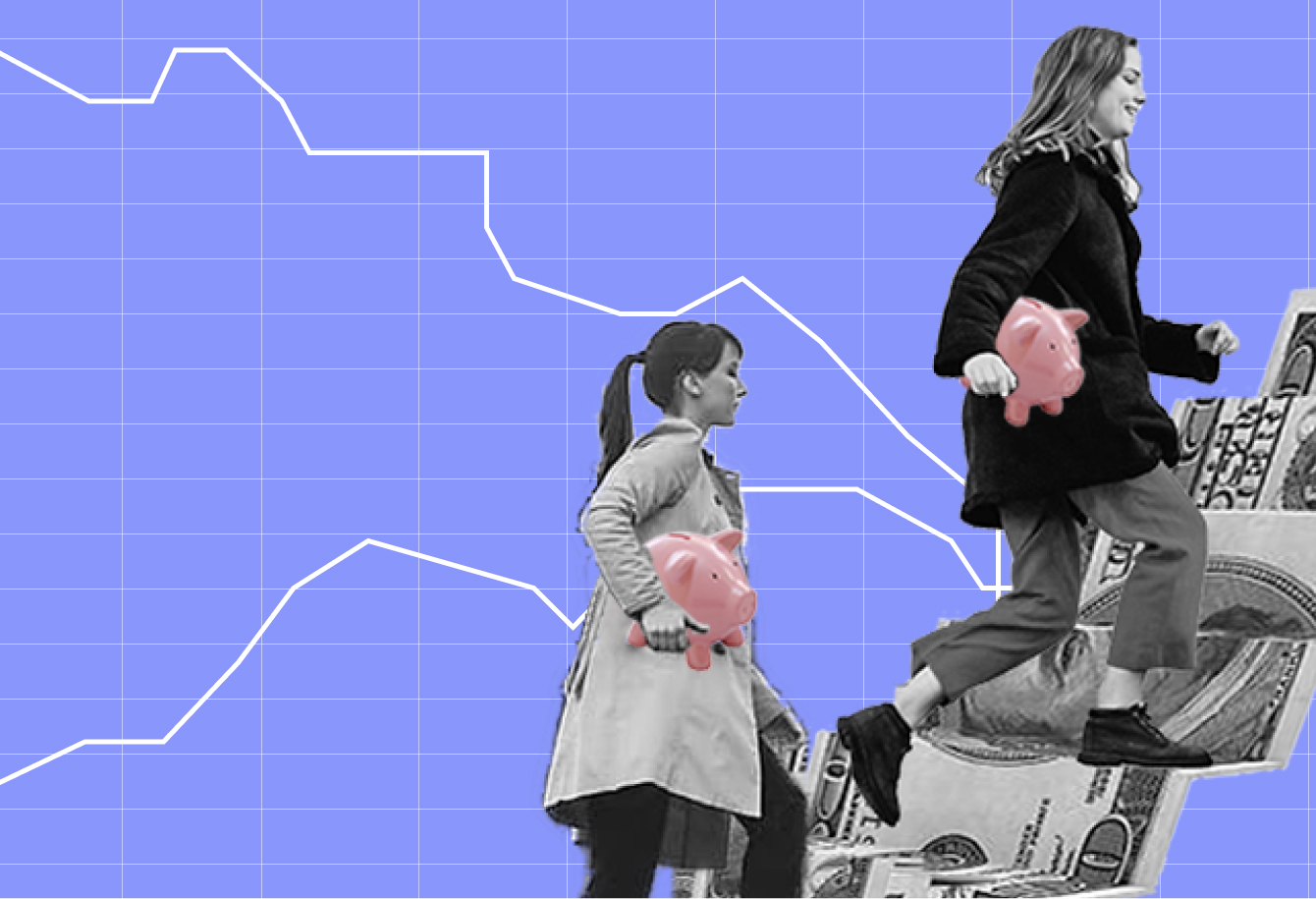 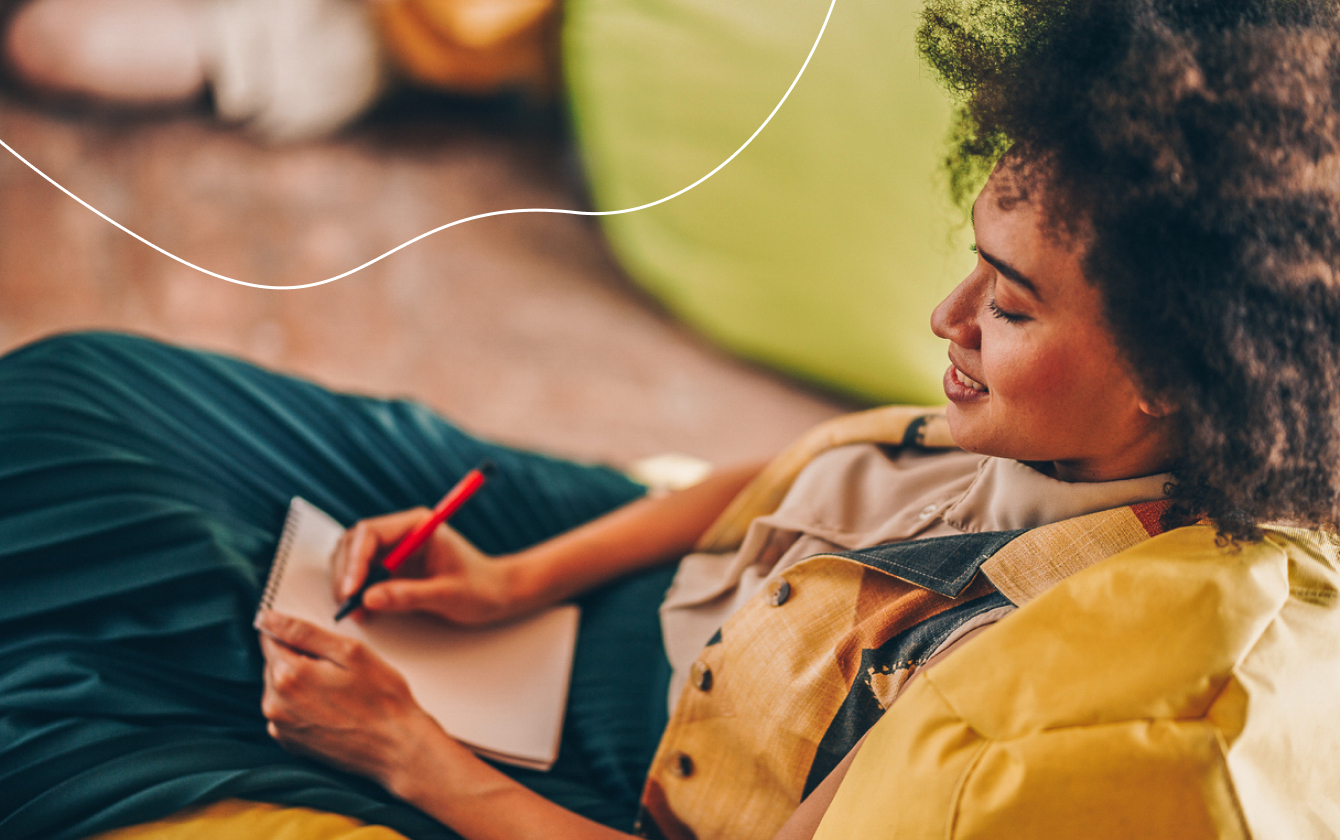 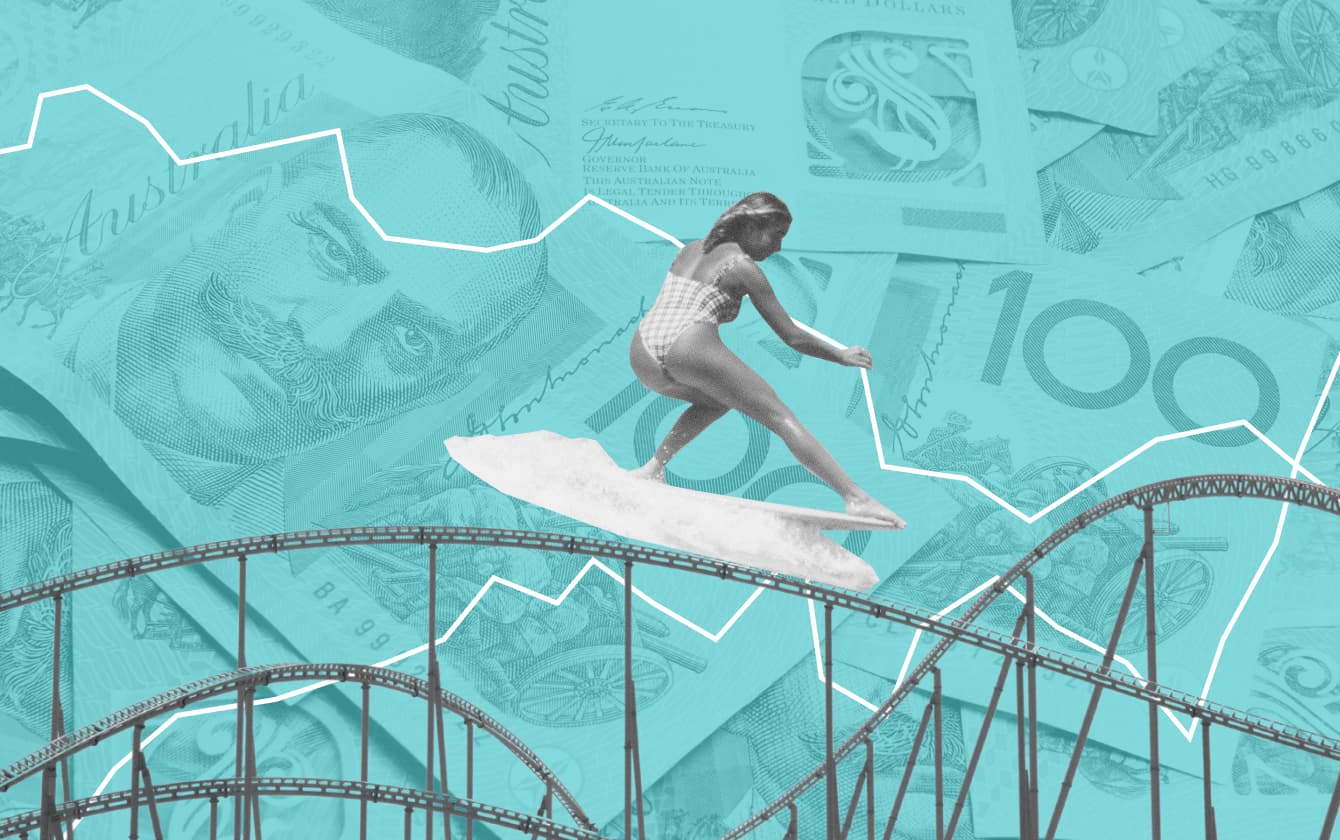 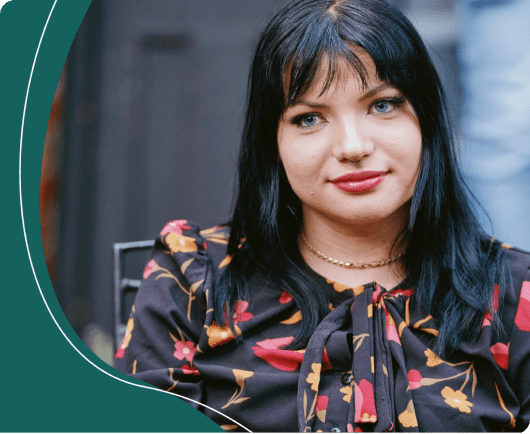