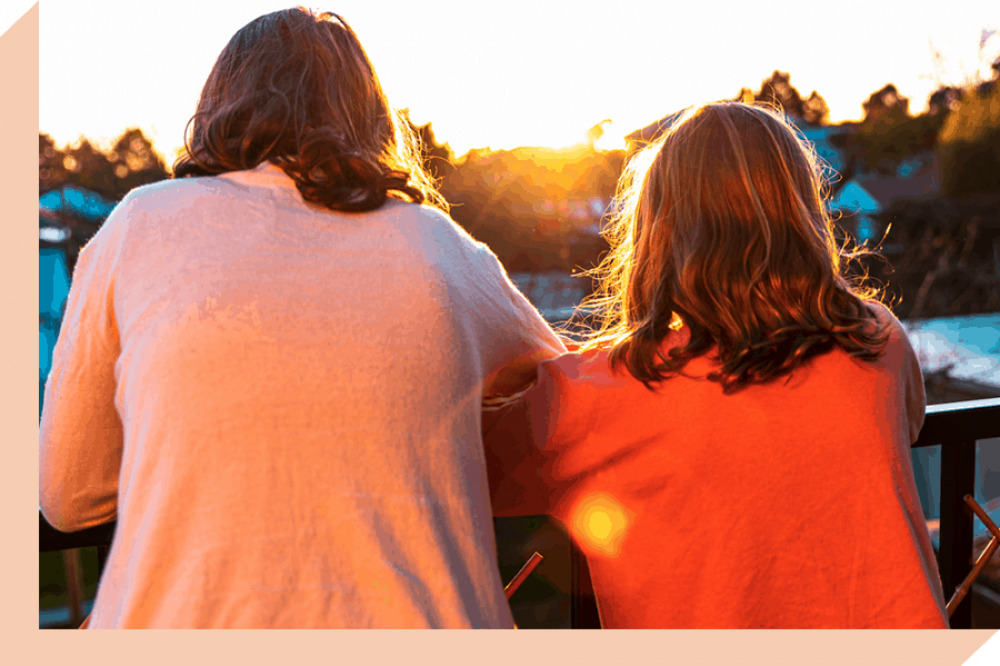 You’re never too young to start saving for your future, right? That’s exactly what Rachel Jansen thought when she helped her girls, Michelle, 10, and Alexis, 9, open a superannuation account with their pocket money. Rachel is from a financial services background, so she designed a system where her two girls’ pocket money works like proper income with tax brackets and accumulates super. The girls found Verve themselves and liked the idea they can learn about money through the Verve Academy as they get older. And, just like that, they became our youngest ever Verve members! We’re thrilled to bring you this interview straight from the mouths of these budding change makers and their wonderful Mum.

What do you know about how superannuation works?

Michelle (10): I know that superannuation is where over the years you put money in, as much or as less as you want, and then when you turn 60 or over you get to use that money to buy things like groceries, things that you like or need because you don’t have a job because you’ve retired. Once the money goes in, it doesn’t come out until you get to 60 or over.

Alexis (9): I know it is for when you grow old and you put little bits of money in there. So when you’re over 60 or retire you have money left over so you can [live], even though you don’t have a job you can still have money.

What are your hopes and dreams for what you want to be when you start earning money?

Michelle: I don’t know what I want to be when I grow up. I would only buy things that I need. Unless it’s things that make me feel happy, then I’d still buy them, like squishy toys. I would donate some to charity, and I would try and help the world because the world sometimes needs help like everyone else.

Why did you choose Verve?

Michelle: Someone suggested Verve and so I asked what it was, and I learnt more and more and by the end of the week I wouldn’t have chosen any other super place. I chose it because it’s great and there’s lots of support that girls need, because while girls nowadays have lots of things for them they are still not equal to boys and men and I think having a company that is for girls helps even everything out, helps even the field.

Alexis: I chose Verve because it helps women and it’s very rare that you’ll get companies that will let kids actually have a super account and I think that’s really cool. Because if you save when you’re younger you’ll have more leftover [when you’re older], so you won’t be always panicking that you won’t have enough left to take care of yourself. And that’s a really good thing to not have, not be worried and I think it’s really important that you are not worried because then you’ll get stressed and it will all lead up to a big mess.

What would you want to tell all the other girls your age about money?

Michelle: All the different symbols and numbers and words, money, taxes — it’s really confusing at the start but then you start to understand it more and, to be honest, if you’re my age it is better to learn it when you’re younger so that when you move out you don’t feel like you just got hit by a giant boulder, it’s so weird. So it’s really confusing when you’re my age but it’s better to learn it now than never.

Alexis: I would tell the girls that it will help you throughout your life and that you don’t just do it for nothing. You do things to get the money and if you have more money you can get things that make you happy. But also remember to look after yourself and that sometimes it is going to be really complicated to handle. Like it’s going to be complicated to get into the rhythm of your taxes, your bills, things like that and it’s better to learn it sooner than later, because if you learn it at a young age it will stick with you throughout your life and you will learn more about it as you get older and that will help you a lot.

Did your hearts just explode? Ours too. This is Mum — Rachel.

Why did you want to get your girls started with super so early?

I come from a Financial Services background, and through my time in one of the big banks I saw firsthand the impact of a lack of financial education, not just on people’s confidence with money but also on their ability to gain security for themselves and their families. Financial stress can be such a huge risk to our health and our happiness and it is not something I would wish on anyone and especially not on my kids.

I promised myself that they would have a better grounding in finances than I had and wouldn’t suffer the shock of the first time tax gets taken from their pay or have to stress over figuring out a budget. I know starting early is key to most things and so I decided that they would get all the real world experience I could give them as soon as I could give it to them. The girls are really engaged and learning so quickly, so I couldn’t be happier.

Why were you keen for the girls to choose Verve?

Originally I was just going to help the girls set up an extra high interest savings account for the superannuation piece of their pocket money, but both the girls were so excited by the fact their bank accounts were with a social enterprise bank that they went looking for an equivalent superannuation fund.

After we found Verve I immediately saw the potential of the girls having access to the Verve Academy as they grow and, on top of that, the fact that their super is invested in ethical and sustainable companies and projects by a fund dedicated to making the world more equitable for women, made Verve a done deal.

What are your hopes for all girls and their financial futures?

What I want for my own girls is no different to what I think everyone wants for their children — for them to be able to be financially secure, independent and confident. I want girls to have peace knowing they are in control of their financial future and that they have been given an equal shot to make a go of life. That last bit is clearly still a work in progress as a society, so I would happily settle for them knowing and believing they are worth an equal shot at anything. That being a girl doesn’t make you less than.

A big thank you to Michelle, Alexis, and their parents for generously helping us put together this member profile on their budding change makers. If you or your kids want to get started with superannuation, we are always happy to hear from you! Together we can build a more equal and ethical financial future. Send us an email and let’s do this: hello@vervesuper.com.au 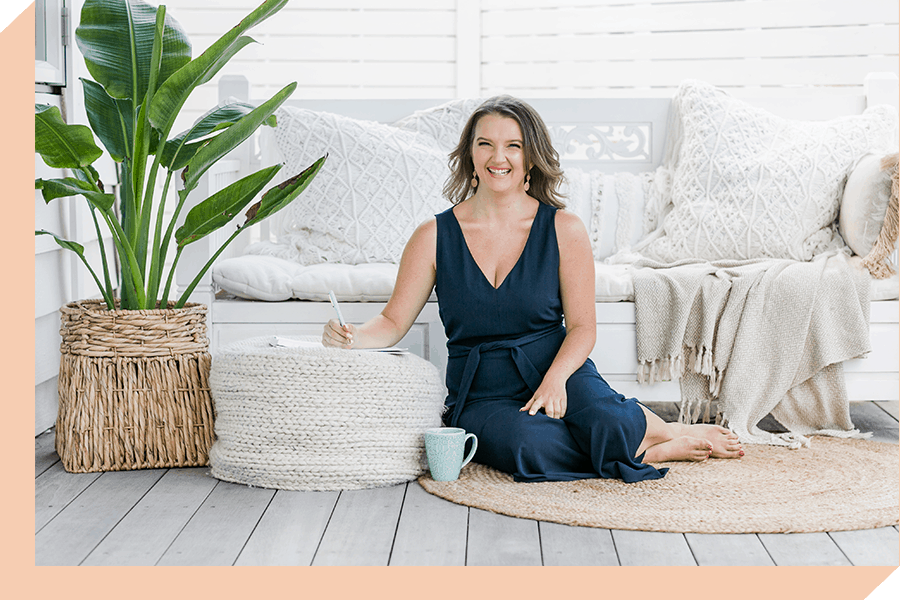 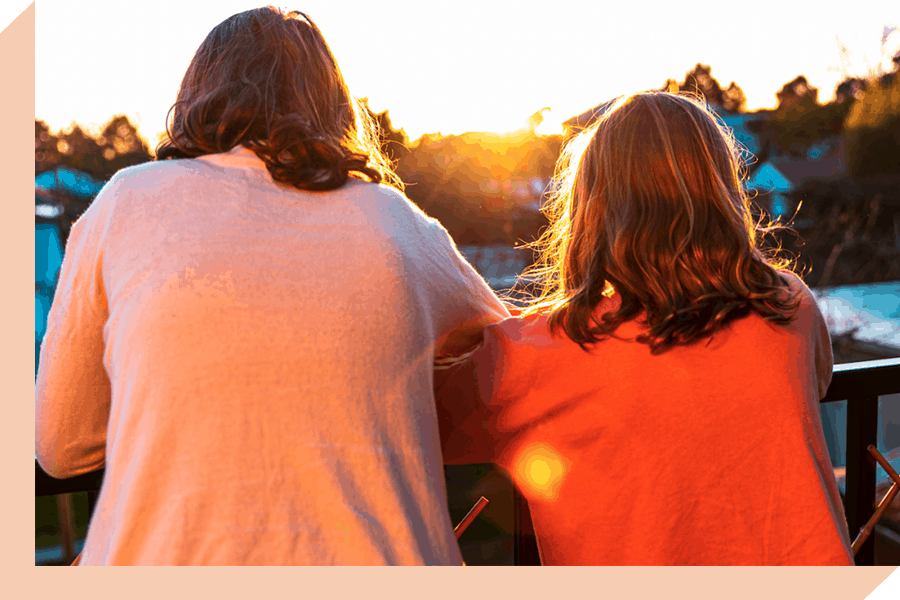